The Best Glasses Collections for Your Wardrobe

Blog The Best Glasses Collections for Your Wardrobe

The Best Glasses Collections for Your Wardrobe

Aviator sunglasses were arguably the first commercially popular sunglasses style, first developed by Bausch and Lomb in 1936. The frame was specifically created for military pilots to protect their eyes while flying which is also the origin of ‘aviator’ moniker.

As a frame designed for utility, aviators had some distinct and useful characteristics. The lenses are large, and formed in a teardrop shape that runs along the cheek line and effectively covers two-three times the size of the eyeball. The lenses were always dark and often mirrored. These factors made the sunglasses highly effective at blocking light.

Through the 1930s, the style became a luxury for sportsmen, largely fishermen and hunters who are looking for a frame that would protect their vision. At this point, the frames did not yet have the ‘aviator’ title, which would be picked up after World War II when the connection between the sunglasses and the military was solidified in the public eye.

After then, the aviators become popular through stars and screens in the 1970s and 1980s, being worn by public figures like Slash, Michael Jackson , George Michael, Tom Cruise, Freddie Mercury, Jeff Lynne, Roger Waters and Elvis Presley.  After that, the aviators sunglasses come in popularity and become more and more fashionable. 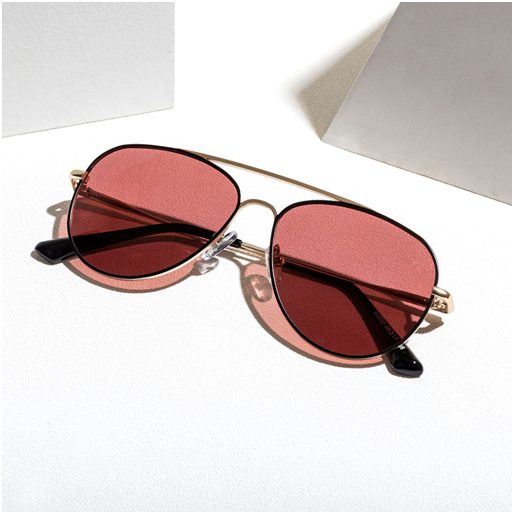 Cat-eye glasses are one style that has stood the test of time.  Nearly a century old, the cat-eye has managed to create its own distinct look each decade.

Cat-eye glasses were first created in the 1930s. The frame later became a huge trend for sunglasses in the 1960s when Audrey Hepburn famously wore them in the film Breakfast at Tiffany’s. Since then, we’ve seen the cat-eye on everyone from Barbie, to Marilyn Monroe, Jacqueline Kennedy Onassis, and today’s top fashion influencers. 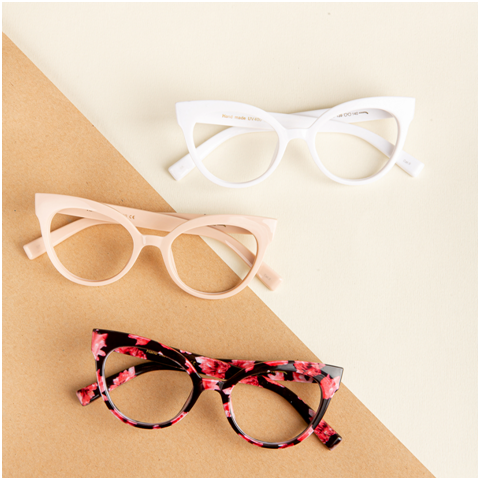 Browline glasses area style of eyeglass frames which were very popular during the 1950s and 1960s, especially in the United States of America. The name derives from the fact that the "bold" upper part of the frames shape the lenses in the same way that eyebrows shape the eyes.

The glasses were first manufactured by Shuron Ltd in 1947 under the "Ronsir" brand, and quickly emulated by various other manufacturers. The design became the most common style of eyeglasses throughout the 1950s and the early 1960s before it was surpassed in popularity by solid plastic styles. In the 1980s, Browlines enjoyed a renaissance as sunglasses.  It returns to popularity since 2010s with the rise of retro style and the hipster subculture.

The most common means of construction is for the upper portion of the frame (the "brows" or "caps") and temples to be made of plastic, with the remainder of the frame (the bridge and eyewires, or "chassis") to be made of metal. The chassis inserts into the brows and is held in place by way of a series of screws. For a period in the 1960s, numerous models emerged in which the brows were constructed from aluminium; following the style's resurgence in the 2000s, browlines made wholly out of one type of metal with less pronounced brow portions became popular.

when you glance at one pair of geometric glasses at a counter fullfilled with various glasses types, the first feeling you see the multi-sided glasses, always shows that they are the most impressive and attractive designs in recent years.

Geometric glasses, usually made of metal or plastic materials , was born with the increasingly demands of people in the new era who get tired of the classy styles. And as the time flying, geometric types gradually stands in the glasses market because of its novel designs. 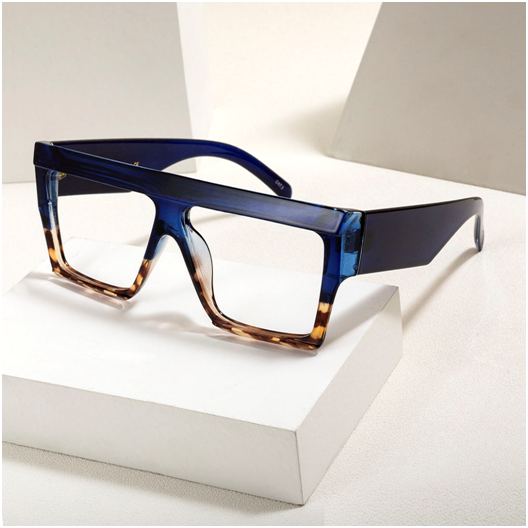 As a new fashion sympol of 2020 trends, transparent or translucent frames have  gotten people’s attentions since they emerged in the new area. These frame are commonly designed by TR90 materials in various colors, including white, pink, brown, etc.

Transparent or translucent glasses looks like a shining diamond under the sunlight, which makes this type become the best fashionable frames for 2020 summer and attracts more and more  people. Besides, it also contains various different colorful selections that will decorate your daily wearing perfectly. If you prefer transcluent frames, pick up one which will impressive you on VlookGlasses. 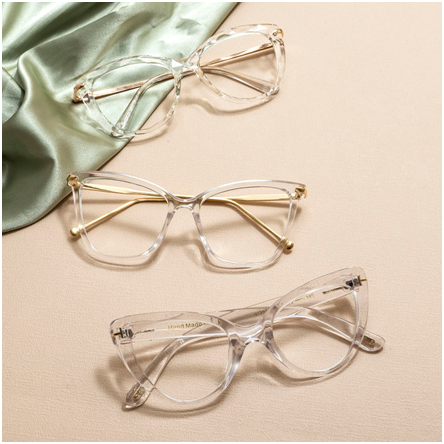 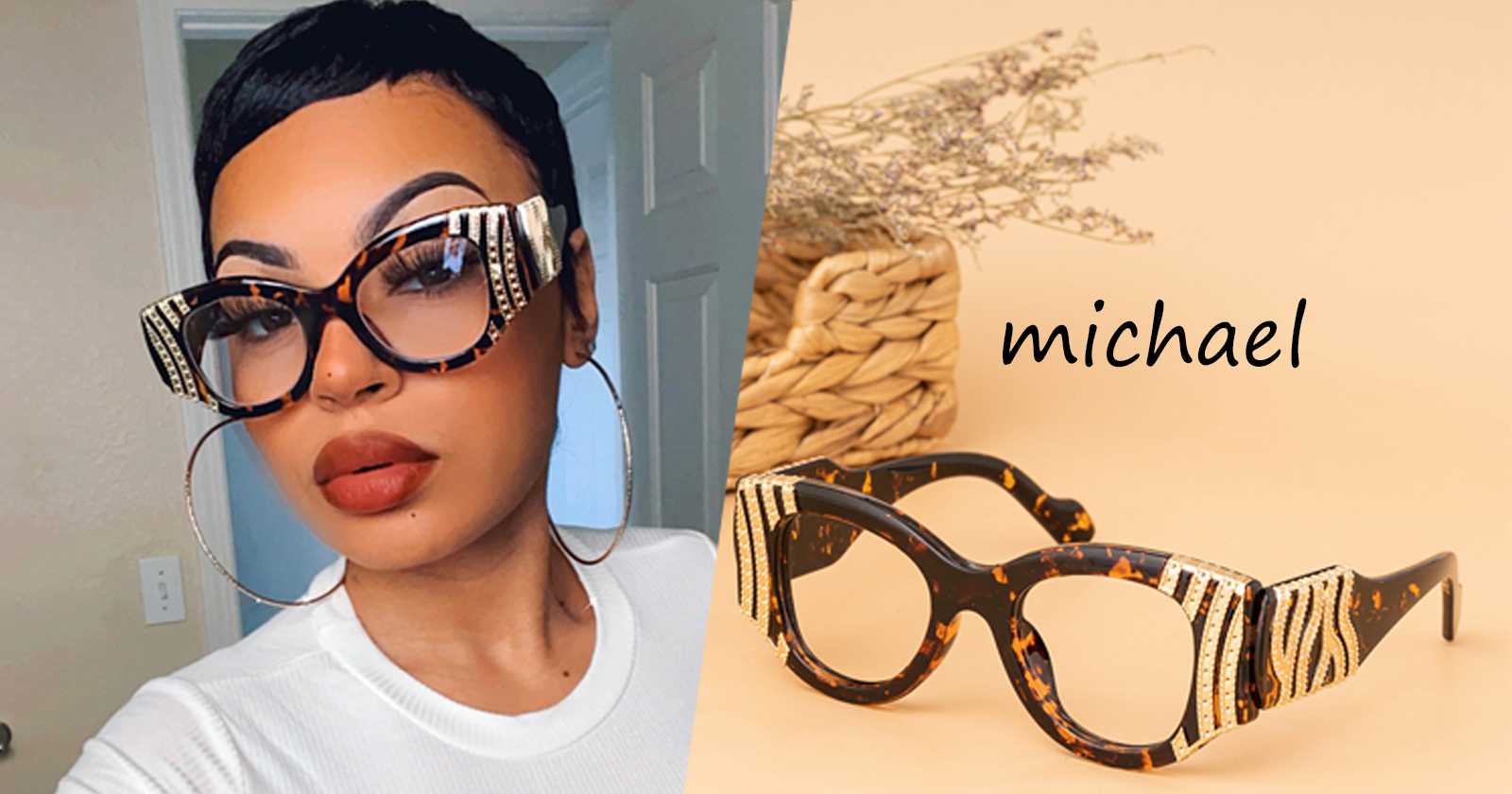 Prescription Eyeglasses For Women With Rhinestones 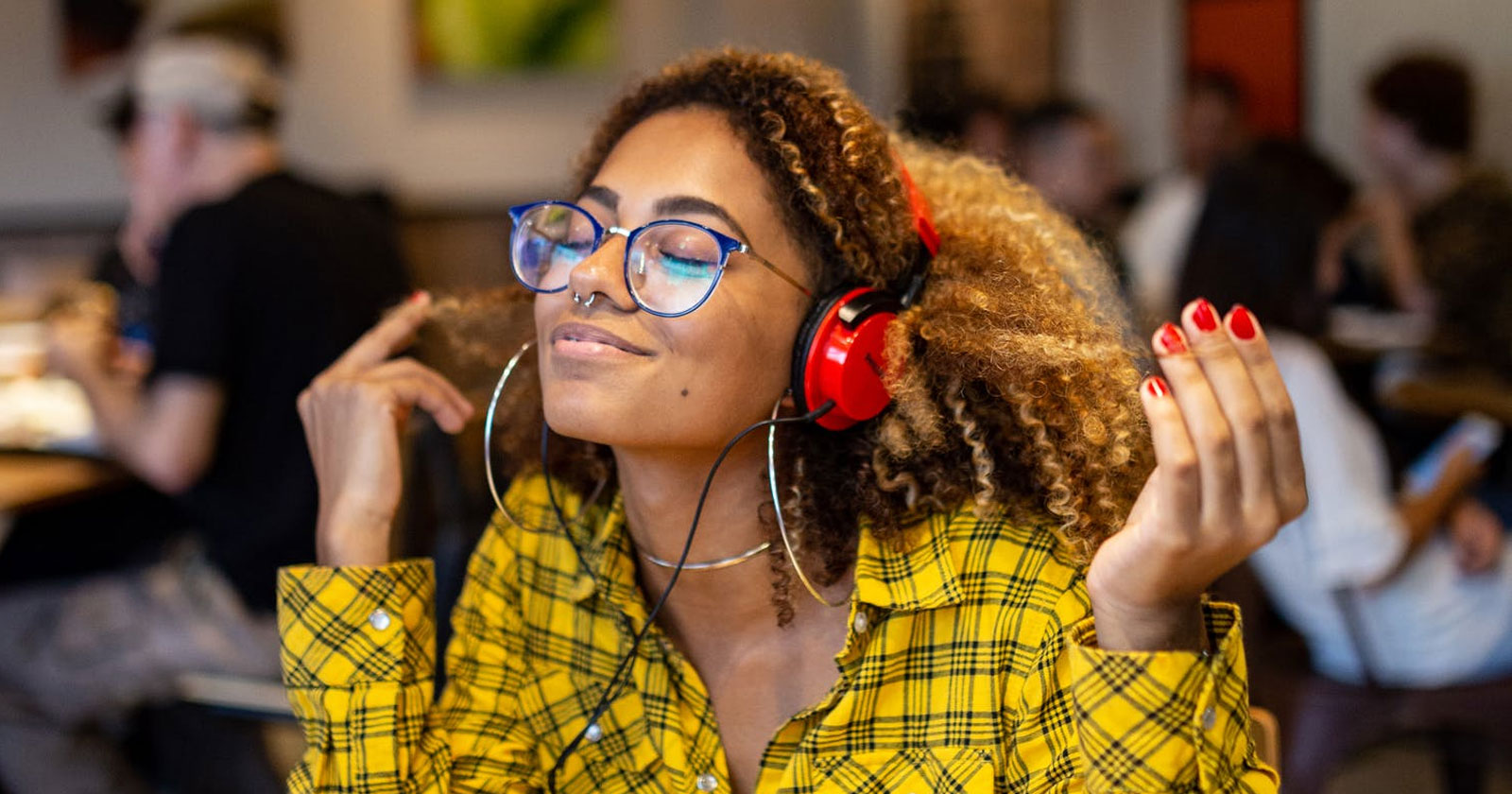 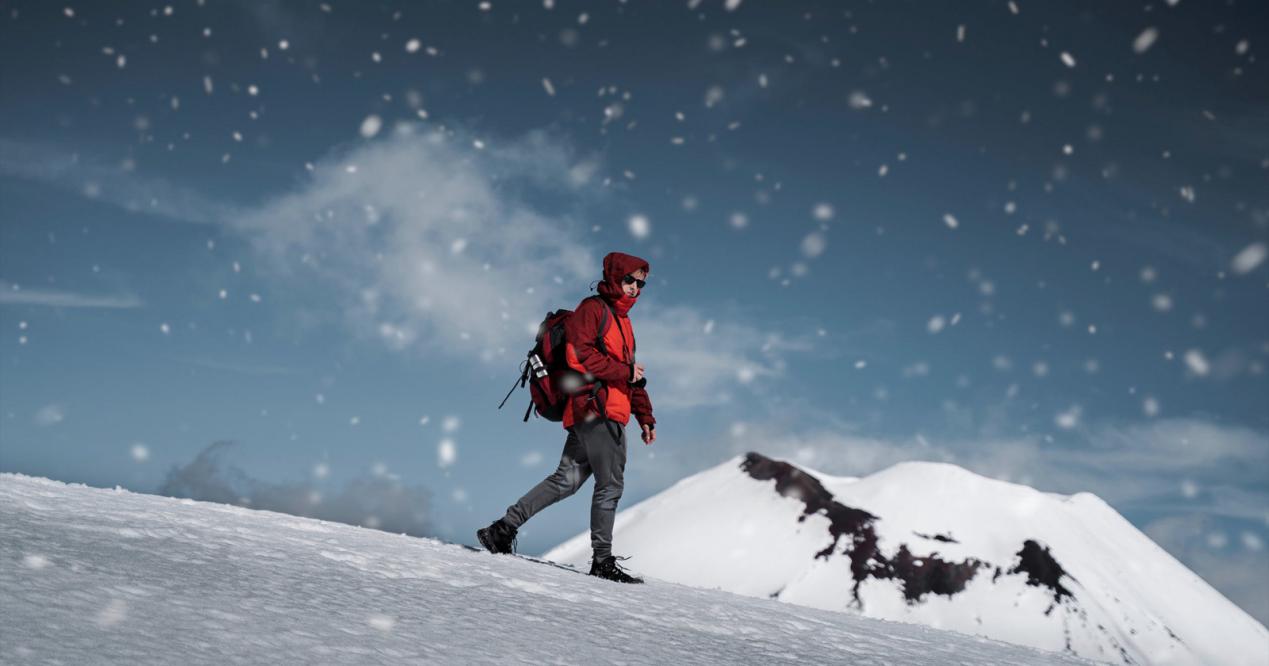 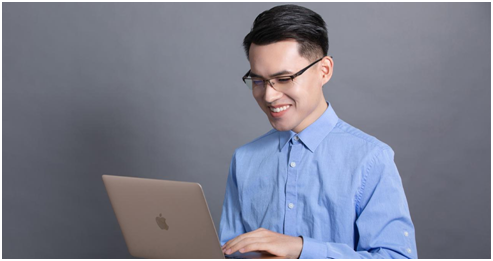 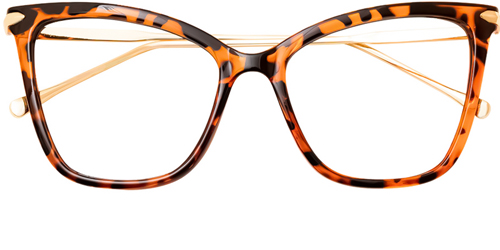 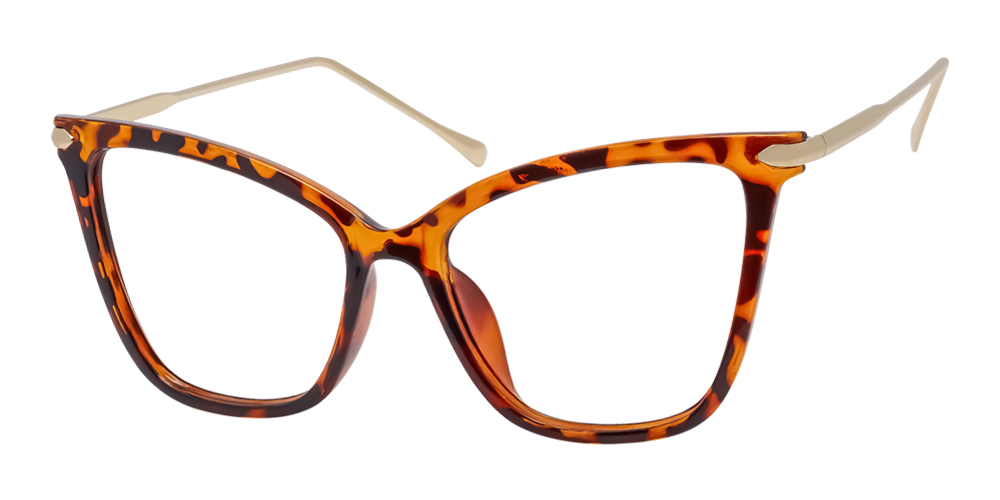 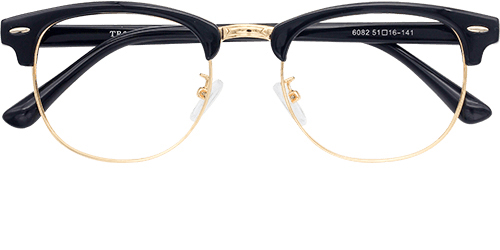 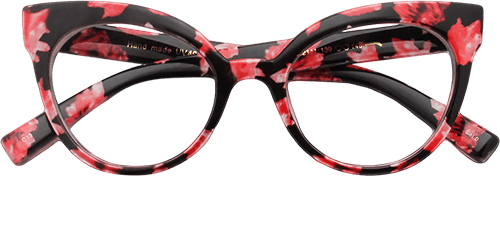